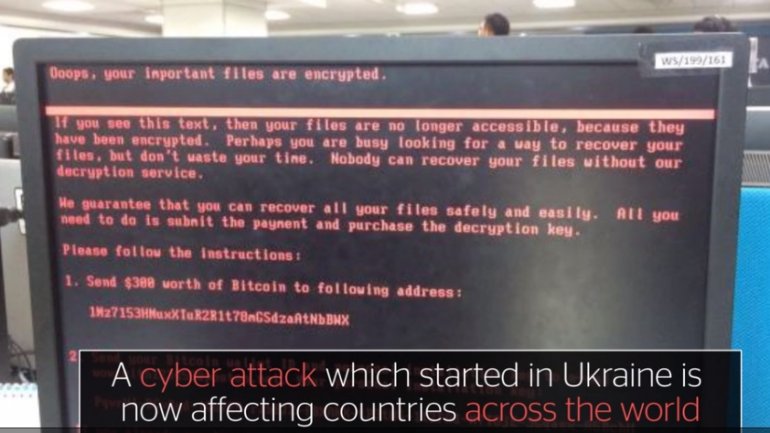 A huge cyber attack that initially hit Ukraine appears to be spreading across the world.

The hack was already the biggest in Ukraine's history when it hit that country. But it appears to be making its way to other countries – including Spain and India – and may be functioning like the massive "Wannacry" attack, according to cyber security experts.

The attack is hitting major infrastructure in the countries where it has spread to. That has included companies ranging as widely as Danish shipping company Maersk and British advertising company WPP.

The British National Cyber Security Centre said that it was "aware of the global ransomware incident" and is "monitoring the situation closely".

Maersk said that it didn't yet know the cause of the outage but that it suspected it could extend across all of its global operations.

Some security experts have even suggested the attack could be bigger than the Wannacry attack, which spread across the world in May. That was most famous for hitting the NHS and locking down computers across hospitals and doctors surgeries, but it also hit other major companies internationally.

Initial reports had suggested the hack was a co-ordinated hack being launched at Ukraine and Russia at the same time. It's not clear how it began, or how it made its way to other countries.
Cyber security experts also don't yet know whether it's possible to mitigate against the attack, or how it gets into computers.