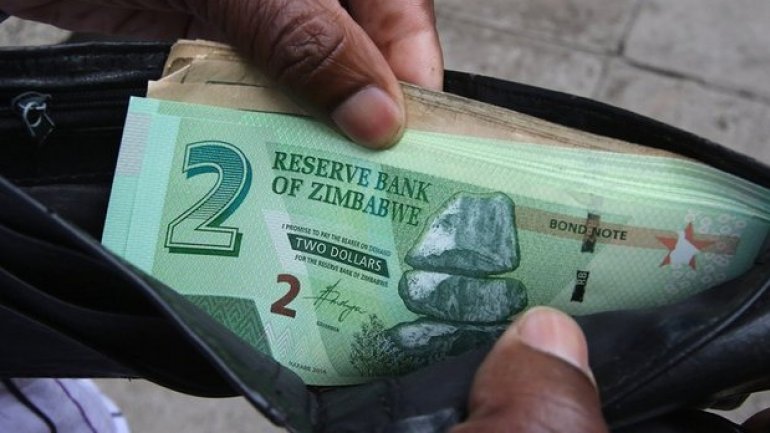 Zimbabwe has launched a controversial new currency in a last ditch bid to inject desperately needed cash into its failing economy, reports The Guardian.

Many ordinary people fear the new “bond notes”, issued on Monday by the central bank in Zimbabwe, will trigger economic chaos, wiping out savings and causing massive hardship for millions.

Zimbabwe has been ruled by Robert Mugabe, 92, since 1980. Some observers have called the bond notes the autocratic president’s “last gamble”.

The central bank says bond notes will ease crippling shortages of currency, but there are fears their introduction could encourage rampant printing of cash, as happened in 2008.

Only the introduction of the dollar as the official currency in 2009 halted an economic meltdown.

In recent months there has been unrest after the Zimbabwean government was repeatedly forced to delay salary payments to teachers, doctors, soldiers and administrators.

The country is also suffering high unemployment, a severe drought and is threatened by famine in some parts.

The bond notes will be officially interchangeable 1:1 with the US dollar, and banking officials said last week they would be deposited directly into US dollar accounts, where they would be reflected as dollar balances.

Pro-government newspapers announced the issue and said “the majority of people” were optimistic that the new notes would resolve “the cash shortages afflicting the economy”.

However, news agencies reported a run on the banks as Zimbabweans tried to empty their accounts of hard currency.

The prospect of the introduction of the notes has also fueled some of the largest protests in a decade against Mugabe. This month, authorities arrested dozens who were planning to demonstrate against the move.

The UK and the EU condemned the arrests.