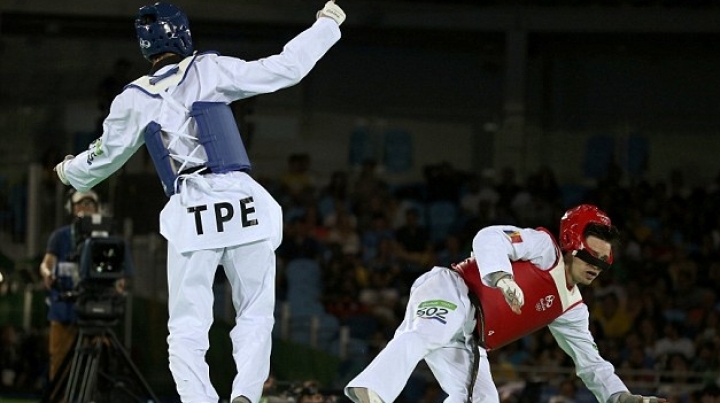 British-born Aaron Cook, now fighting for Moldova, has been knocked out of gold medal contention in the last-16 of the taekwondo competition in Rio de Janiero.

Cook was seeded second and had been considered a leading contender for gold at the Olympics.
He abandoned the British taekwondo academy ahead of the London Games after they declined to select him for their team, despite being top-ranked.

Cook looked out of sorts on the mat on Friday and struggled to string any sustained attacks on his opponent, Wei-Ting Liu of Chinese Taipei, ranked 32nd, The Daily Mail writes.

Liu used his height advantage to great effect, nailing Cook with several head kicks, including the one that ended the bout at 14-2.

Cook admitted afterwards that he was devastated and could not explain what happened.

'I felt really good this morning in training,' he said. 'I just feel like I've let everyone down after everything I sacrificed.'