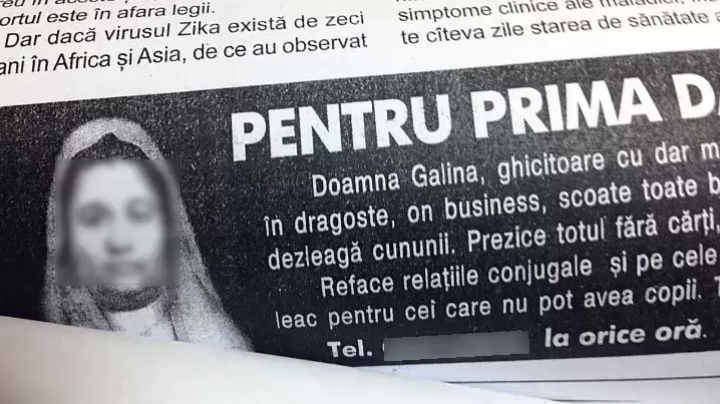 A 60-year old woman is investigated for swindling and breach of trust.  She took more than 160,000 lei from a woman, under the pretext of curing the woman's child from an incurable disease, "found" by the suspect.

The economic fraud police investigators have initiated searches immediately after the victim asked for help in May 2016.

According to information and circumstances found until now, the suspect has posted an advertisement in a newspaper, claiming that she cures any disease found.

Thus, she used the woman's trust and asked for money, in order to cure the child, that didn’t even suffer from any disease.

At the same time, policemen discovered that the suspect received money transfers from the victim, which was working abroad.

After searching a few houses owned by the suspect, policemen found allegedly psychotropic substances, tablets of unknown origin, and a handmade tool for drug consuming.

At the same time were detained two men of age 33 and 39 respectively, relatives of the woman, being suspected of complicity and of drug use.

All evidence were sealed and sent to the laboratory for criminal expertise.

According to the penal law, people guilty of swindling will receive a punishment of 8 to 15 years in jail.