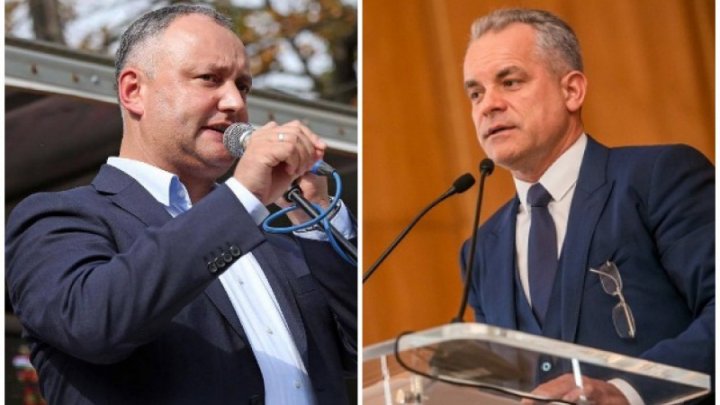 MP Iurie Reniță published a video showing former PDM leader Vlad Plahotniuc offered a black bag to President Igor Dodon. According to Reniţă, there would be large sums of money inside that bag.

"Vlad Plahotniuc - I don't know how much Costea gave me.

Igor Dodon - Give it to Costea and tomorrow he will give it to Cornel, because I have a flight at 5 and he has to pay salaries.

Plahotniuc to Serghei Iaralov: Should he give it to Cornel?

Igor Dodon - Yes, they will settle themselves", showed the video that Iurie Reniță published.

Reniță stated that he would submit a complaint to the Prosecutor's Office regarding the statements made by Igor Dodon in this video. He also urged his colleagues in Parliament to support the initiation of the procedure for the removal of the incumbent Head of Staff and the taking of all measures to bring him to justice.

In a Facebook post, President Igor Dodon wrote that the video was "fake and he didn't know what was inside that bag".

"As I said before, everyone had their tactics: mine was to made him feel that we had a collaborative relationship to extend the moment until I could act openly and directly and get the country out of his captivity. Plahotniuc's tactic was to stage various challenges and packages to film them. I don't know what was inside that package, everything was just a set-up made for recording. I myself publicly notify the General Prosecutor's Office to do all the checks and I am sure that they will discover the forgery and manipulation behind them, as they discovered in the previous videos", Dodon wrote on Facebook.