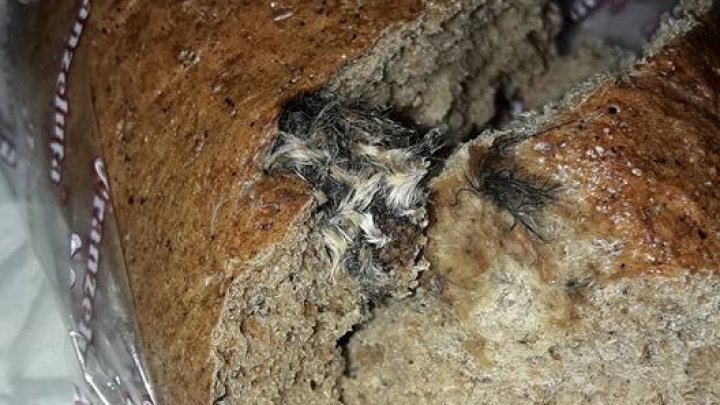 Disgusting dinner for a young man in the capital. The man found a dead mouse in a loaf. Indignant, he posted pictures of the animal in the bread piece on a social network.

The young man says he bought the bread from a bakery shop. He will file a complaint with the Consumer Protection Agency.

Bread maker representatives said that an internal investigation was opened in this case. But they argue that from a technical point of view, the mouse could not get into bread. According to them, someone would have intended to discredit them.

"We are doing an internal investigation, but it is impossible to insert any object. We verify and have a strict monitoring system of the technological process, of the production process, we are constantly checked the competent control bodies. They have researched, checked the plant and found no violation in our production process, "said Lilian Zaporojan, Commercial Director.
AFLĂ imediat Știrile Publika.MD. Intră pe Telegram