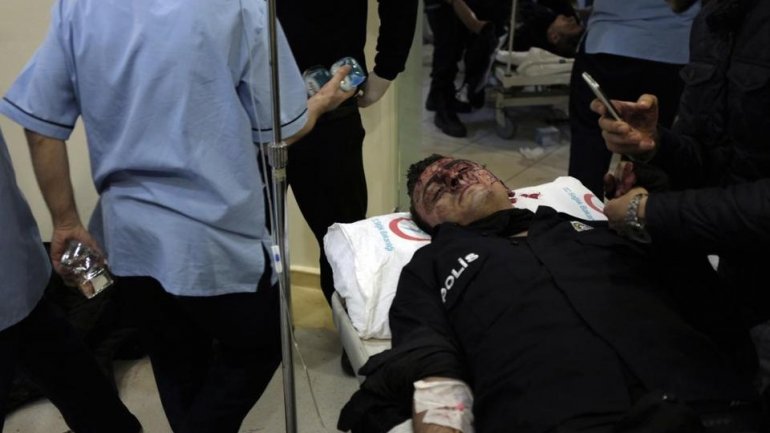 Turkey has declared a national day of mourning after twin blasts in Istanbul killed 29 people and wounded 166 others near a soccer stadium.

The Sunday statement from Prime Minister Binali Yildirim’s office also ordered flags to fly at half-staff across the country and at Turkey’s foreign missions.

The bombs targeted police officers, killing 27 of them along with two civilians, Turkey’s Interior Minister Suleyman Soylu told reporters early Sunday. He added that 10 people had been arrested in connection with the ‘‘terrorist attack.’’

The civilian death toll was lower because fans had already left the newly built Vodafone Arena Stadium after the soccer match when the blasts occurred. Witnesses also heard gunfire after the explosions, AP reports.