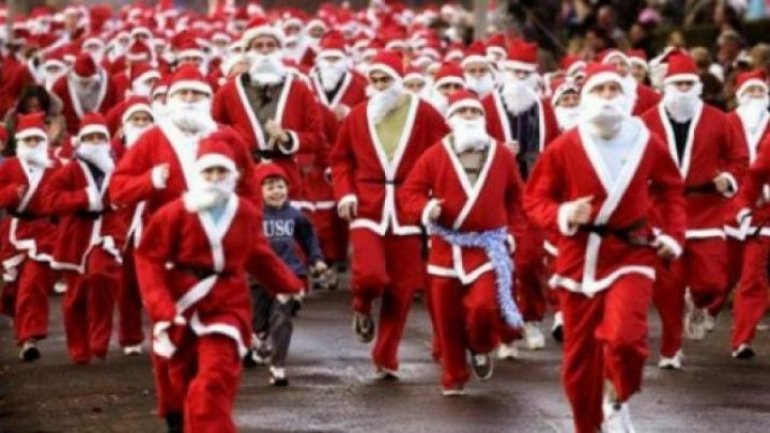 Snowless winter does not prevent the Christmas atmosphere of the capital. The motorcyclists prepared their costumes and bikes, then they started 50-km course around Chisinau.

They colorized the sectors Botanica, Râşcani, Ciocana, .. of our capital. Nobody has remained indifferent. The first stop was in the Center, where motorcyclists sweetened children.

"Bravo of the organizers, very cool, so many Santa Claus in one place, it is very incendiary, it creates a New Year's mood, and the baby is happy, satisfied," said a woman.

Dumitru Caroi is a constant participant of the races, each time he feels more interested in them.

"A person proposed this idea to organize a parade of Santa Claus and give children gifts, that was great idea an inspired everybody to join," said Dumitru Caroi.

The last stop Santa-Bikers made at the capital's orphanage. There are around 260 school-age children around here. At weekends, most children go to relatives, but this time few have left the institution.

"I came to bring the new year joy. Absolutely the kids will like this".

Almost 100 motorcycles with 50-80 bikes. They failed to accelerate properly, but they cheer up the city a lot.

Such even becomes more traditional for motorcyclists. This's the sixth year of the event.