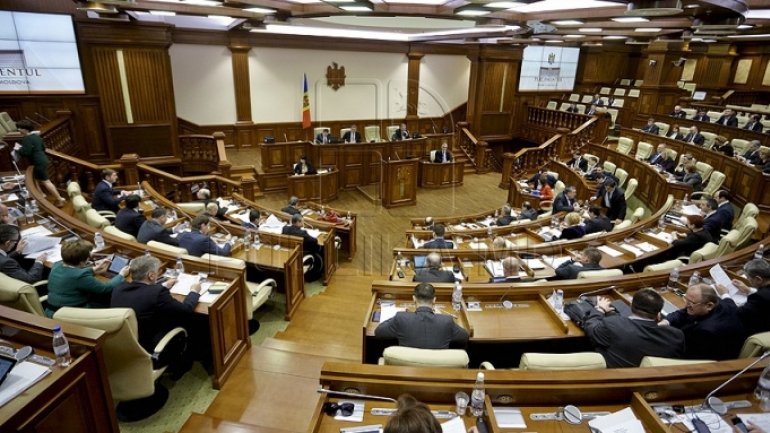 The motion against the Foreign Minister Andrei Galbur has failed without being examined, after which members of Democratic Party of Moldova, Liberal Party, PLDM and PPEM left the Parliament's sitting saying the discussions on the expulsion of five Russian diplomats are unfounded.

The Liberals, Liberal Democrats and PPEM party members motivated the motion as being unfounded.

"I believe that Andrei Galbur is doing his job, so the talks are inappropriate" , said Roman Botan, deputy PL.

"Let's not attempt to do a political show" , said Vadim Pistrinciuc, PLDM deputy.

"We believe the national interests of Moldova must prevail" ,  concluded Valeriu Ghileţchi, the leader of the European People's Group.

"We express the same opinion as other parties. Everything was done for the country's interest" , said PDM member, Marian Lupu.

The Communists wanted the topic on the expulsion of Russian diplomats to be discussed behind closed doors or not at all.

"The report does not contain confidential data, but the questions that can be asked at the sitting may contain strict information."

The Minister is still being attacked even if the motion hasn't passed the Parliament.

So far, the Socialists have registered 13 motions against the majority of government ministers led by Prime Minister Pavel Filip. All the initiatives have failed.