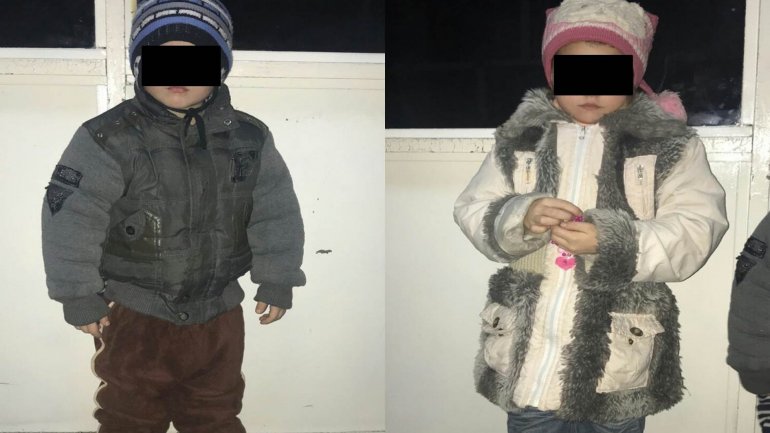 According to police officers, the children were found last evening at around 16:30, near a trolleybus station from Calea Ieşilor street. They were taken to the inspectorate to establish the identity of their parents, later being placed in Center for the Placement and Rehabilitation of Young Children.

After investigating, officers have managed to identify the mother, a 27-year-old woman from Chipeşca village, Şoldăneşti. She is temporarily residing in Chisinau and is abusing alcohol. Together with the children, she lives with their grandmother, who declared that her daughter left the house on Sunday, together with them.

Representatives from Directorate for Protection of Child's Rights will decide if the children will be returned to their biological mother under surveillance.