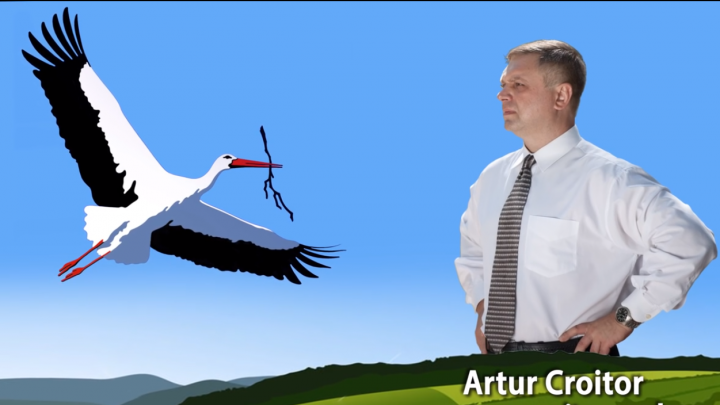 The nominees for the presidential position are finding innovative methods to stand out. Artur Croitor, who wants to run independently, has decided to convince citizens to sign for his support through an animated video spot. In the video appears a stork, the symbol with which he wants to launch in the campaign.

The video was launched three days ago and until now it reached less than one hundred views. In it appears a stork which is fighting bugs in order to save the country.

Other enemies of the country which appear in the video are snakes, which are chased away by the stork.

The first version of the video was done in Romanian, and afterwards translated in Russian. In the second version the word “bugs” was translated incorrectly.

He is not the only nominee who decided to promote his image using unusual methods.

Geta Savitchi, who also is a nominee for presidential, has published the video version of her CV in which are pictures with her during childhood together with family members.

In this case were also found many grammatical errors.