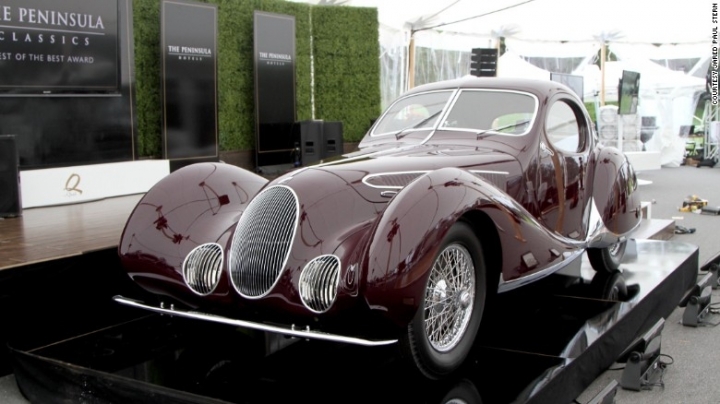 To classic car enthusiasts it's known simply as "Pebble Beach" - a week-long series of events on California's Monterey Peninsula each August, culminating in the Pebble Beach Concours d'Elegance. There, the world's top car collectors compete for honors and awards that recognize the very finest examples of marques like Ferrari, Maserati and Rolls-Royce.

This year, however, there's a new competition on everyone's radar.

The Peninsula Classics Best of the Best Award -- put on by the Hong Kong-based Peninsula Hotels chain and and its chairman Michael Kadoorie -- pits six of the world's most acclaimed models against one another, each vying for the title of "most exceptional" classic car.

For the inaugural event, Kadoorie invited a slew of renowned car enthusiasts, including fashion designer Ralph Lauren, owner of perhaps the world's finest classic car collection; Pink Floyd drummer Nick Mason; Ian Callum, director of design for Jaguar Cars; and the Earl of March, founder of the Goodwood Festival of Speed and president of the British Automobile Racing Club.

Among the six prize-winning cars competing for the Best of the Best Award were a 1903 Mercedes 60HP Simplex, one of the world's first luxury cars; a 1965 Ferrari 166 P / 206 SP Dino; and a 1968 Alfa Romeo Tipo 33 Stradale. (The latter two are widely recognized as some of the most beautiful cars ever built.)

But the winner, dubbed the "most exceptional" classic car in the world, was a 1937 Talbot-Lago T150-C SS "Goutte d'Eau" with coachwork by Figoni et Falaschi. The French model is owned by financier and philanthropist Peter Mullin, founder of the Mullin Automotive Museum, CNN reports.