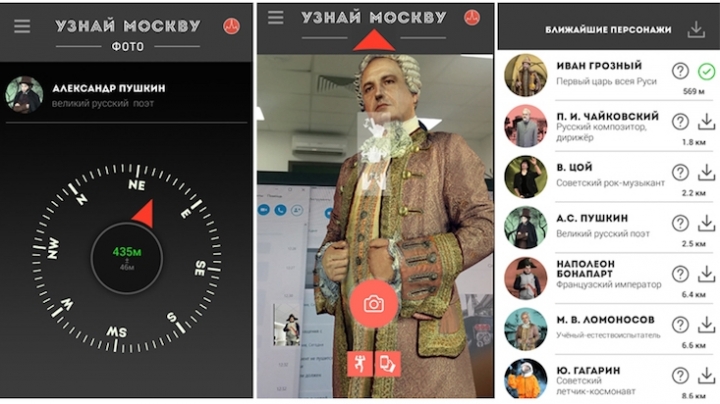 Moscovites and city guests will soon be able to "catch" Russia's historic personalities and take a selfie with them, the city authorities say.

They say an existing app is being updated, and it will work similar to Pokemon Go - a mobile game that blends the real world with computer graphics, reports BBC.

The "Discover Moscow. Photo" app will be available in late August.

Users will be hunting for 3D virtual doubles of Peter the Great, Alexander Pushkin and even Napoleon among others.

Each personality will be placed somewhere in Moscow and geomarked, the Moscow authorities said in a statement.

They say that "as soon as a user is within the 50-metre (164ft) radius to the required co-ordinate" he or she will be able to see and "fix" a virtual double on camera.

The authorities hope the updated app will help increase public interest in Moscow's rich cultural heritage and give users another reason to walk more in the capital.