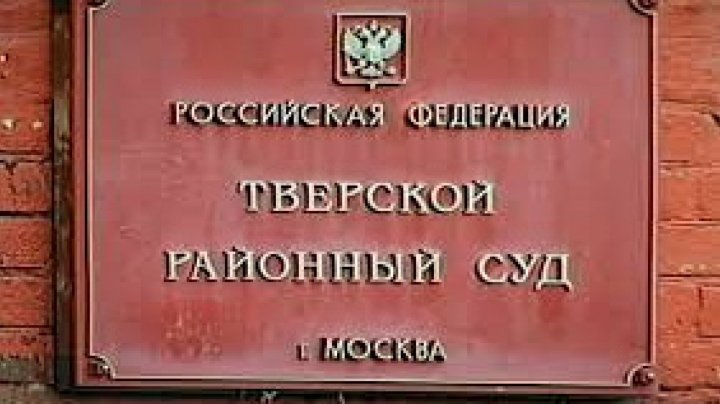 Moscow’s Tverskoy court on Monday arrested in absentia a businessman and ex-leader of Moldova’s ruling-turned-opposition Democratic Party, Vladimir Plahotniuc, on charges of setting up and participating in a criminal group, a TASS correspondent has reported from the courtroom.

Judge Anatoly Belyakov ruled to "satisfy the investigator’s motion and place Plahotniuc in custody in absentia." Under the court’s ruling, this pre-trial restriction measure will be in place since the oligarch’s extradition to Russia or his detention on Russian soil.

Lawyer Darya Konstantinova told the court that her client was innocent, asking it to decide against his arrest in absentia. She insisted that the prosecution against Plahotniuc in Russia was "politically motivated." In his turn, the investigator announced plans to seek the defendant’s extradition to Russia. "Sufficient evidence has been collected in the case confirming Plahotniuc’s complicity in the crimes he has been accused of and we will seek his extradition to Russia," a spokesperson for the Interior Ministry said.

Previously, Vlad Plahotniuc said that these files are political and that the purpose is to put pressure on him.

"The Russian Federation has opened several files, I do not know the exact number, about each one I found out in the press: they were either appearing during elections or when the Republic of Moldova, under the ruling of the Democratic Party, made certain decisions that were not in Moscow's favor. "said Plahotniuc.