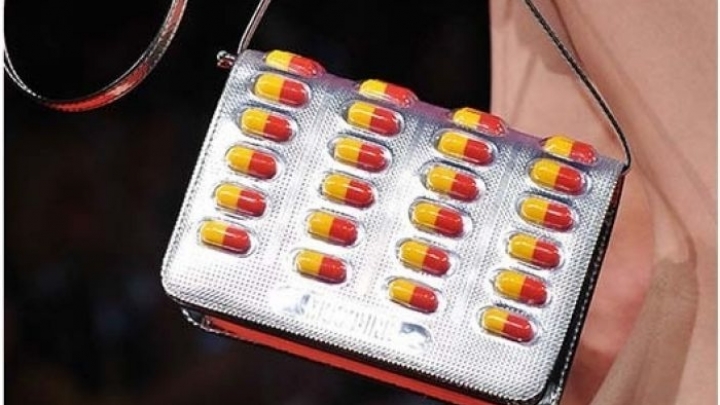 Major US department store Nordstrom has announced it will be pulling Moschino's drug-themed clothing line from its stores following criticism from thousands of people that it glamourises prescription drug abuse, Independent informs.

The capsule collection features £460 clutch bags which resemble blister packs of painkillers, alongside £540 shoulder bags that look like pill containers.

The collection's slogan - Just Say MoschiNO - is a riff on the 'just say no' anti-drugs slogan of the 1980s.

Designer Jeremy Scott is known for his scandalous creations, from phone cases that resemble cigarette packets to chain-shackled sneakers.

But Minnesota-based drug counsellor Randy Anderson thinks he's gone too far this time, and has started a petition via Change.org calling for the removal of the items and their images from all sales locations.

He said: “I can tell you first-hand the havoc addiction has on the individual, the family, the community, the healthcare system and the country. Do you have any idea of the message your company is sending to those who have suffered the loss of a loved one due to a drug overdose?”

For those fighting addiction, this tongue-in-cheek collection could be viewed as more than some harmless fun.

The US federal government recently warned that the number of people dealing with serious addictions to prescription painkillers is soaring.

But Jeremy brushed off any concerns while peaking to Yahoo Style, saying: "It’s literally a collection of capsules. I always say, fashion is the only drug I do. It keeps me going.”