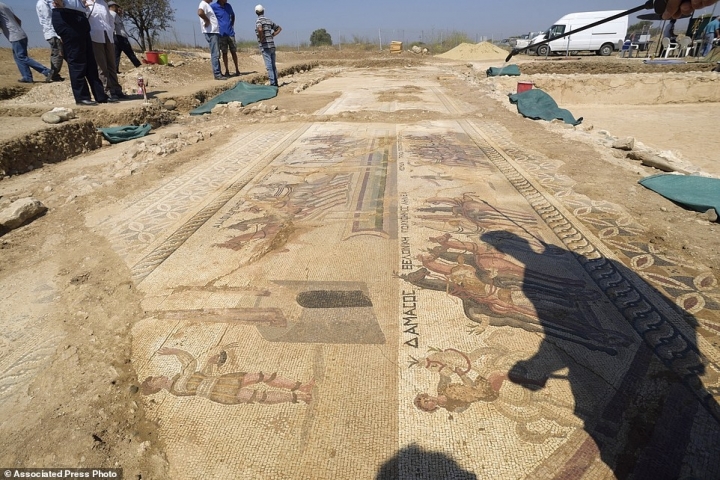 Dating back to the 4th century, this magnificent artifact was discovered in the Akaki village outside the capital Nicosia, making it the only one of its kind in Cyprus and one of seven in the world.

Not only is this mosaic incredibly detailed, but it illustrates complete race scenes for four charioteers, each being drawn by a team of four horses.

Experts believe this is a representation of the different factions that competed in ancient Rome.

'The hippodrome was very important in ancient Roman times, it was the place where the emperor appeared to his people and projected his power,' said Fryni Hadjichristofi, a Cyprus Antiquities Department archaeologist.

Derived from the Greek words hippos ('horse') and dromos ('course'), the hippodrome was an open-air stadium, used for chariot and horse racing, which was a common Grecian activity during the Hellenistic, Roman and Byzantine eras.

The excavation crew is still working to uncover the entire floor, but the area that is visible measures 36 feet long and 13 feet wide.

The team believes this stunning piece was once part of a villa owned by a wealthy individual or nobleman while Cyprus was under Roman rule.