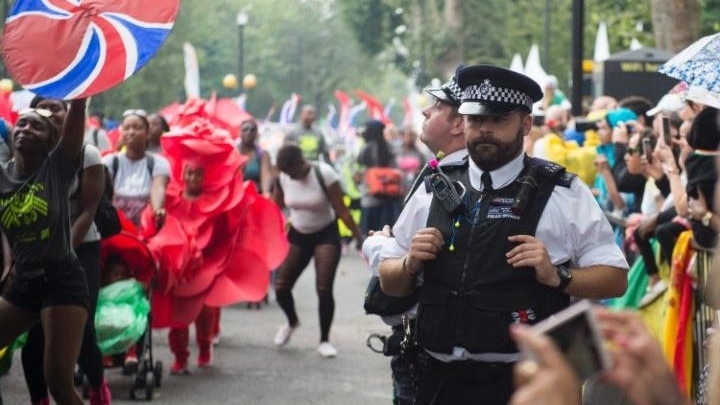 Police made more than 450 arrests at the Notting Hill carnival in London over the bank holiday weekend, setting a record for the numbers of arrests made at the event, which is the world’s second biggest street party, The Guardian reports.

A section 60 order, which covered the entire carnival area, allowed officers to execute random searches – and a policing operation that seemed to take a light touch changed as the day progressed, with officers in riot gear on the streets after nightfall.

Ninety arrests were made for alleged possession of points and blades, and 169 for drugs.

Officers also made 38 arrests under the new Psychoactive Substances Act, which came into force in May, that were related to nitrous oxide. Possession of the substance, a popular party drug sold in gas form by the balloon, is legal but it is illegal to distribute it.

A further 40 arrests were made for alleged public order offences, while 25 arrests were made on suspicion of assaulting a police officer. Last year, there were 407 arrests, a big increase on the 2014 figure of 252.

Five people were hurt in four separate knife attacks on Sunday, according to the Metropolitan police. Among those arrested was a 14-year-old boy held on suspicion of grievous bodily harm after a 15-year-old was stabbed.

The Met had a huge presence in Notting Hill and Ladbroke Grove, with 6,000 officers deployed on Sunday and 7,000 on Monday.