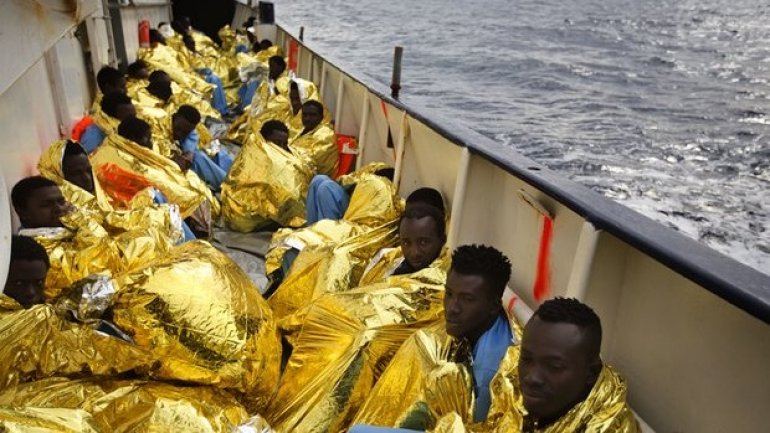 More than 1,300 migrants were rescued in 13 separate missions in the Mediterranean on Friday, bringing the total helped over the last three days to more than 2,600, according to the Italian coastguard, The Guardian reports.

The migrants, aboard 13 different vessels, were picked up in the central Mediterranean by ships from the Italian coastguard, the Italian and British navies, merchant ships, and vessels operated by non-government organisations, a statement said. Another 1,300 migrants were rescued on Wednesday.

The voyage from Libya across the Mediterranean to Italy is currently the main route to Europe for migrants. A record 181,000 made the journey last year, most on flimsy boats run by people smugglers.

More than 5,000 people are believed to have died attempting the crossing in 2016.

In the latest in a series of measures pushed by the European Union to stop migrants reaching Europe, Italy launched a new fund on Wednesday to help African countries control their own borders.
AFLĂ imediat Știrile Publika.MD. Intră pe Telegram