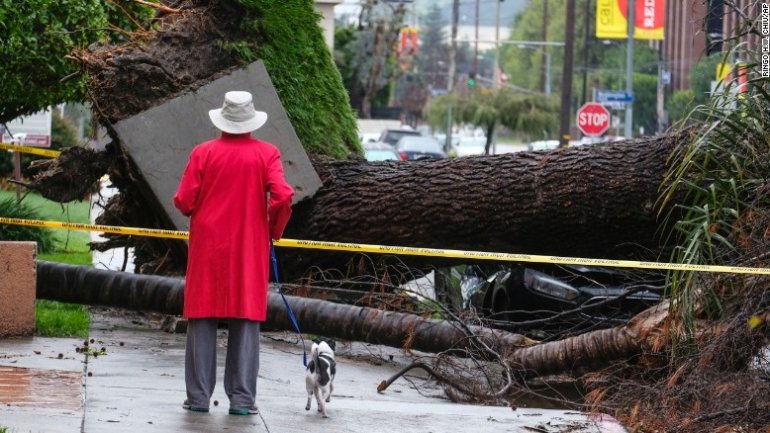 Northern California braced for an onslaught of rain as the southern part of the state dries out following downpours that left at least five people dead, CNN reports.

Storms are due to start overnight Saturday and linger through Monday, with 2 to 4 inches of widespread rain expected, CNN meteorologist Allison Chinchar said. Some areas may get up to 10 inches.

Meanwhile, power is still out and cars submerged across Southern California, which experienced one of its most drenching storms in recent years.

In Victorville in San Bernardino County, one person was found dead Friday in a flooded vehicle, firefighters said. A second storm victim, a 55-year-old man, was electrocuted when a power line fell Friday in the Sherman Oaks area of Los Angeles, the fire department said.

On Saturday, the Thousand Oaks Police Department said a body was recovered from a river gorge after floodwaters receded. Police didn't give any details about the identity of the victim.

The rain headed for the north likely won't pose a threat to Oroville Dam, officials said Saturday, thanks to falling water levels.