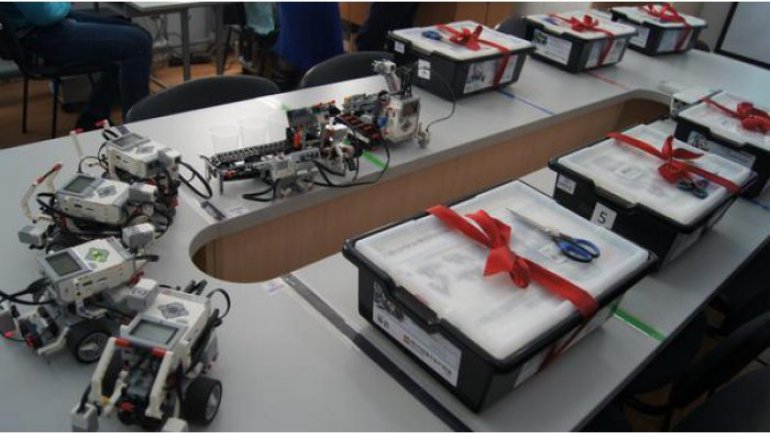 Over 300 sets of robotics, as well as products necessary for teaching activities in the robotics sector were donated to 57 education institutions of Moldova at a news conference today, Moldpres reports.

At the event, Education Minister Corina Fusu said that the endowment of the education institutions with robotics sets represented a new methodology of teaching pupils.

“The goal of the Roboclub programme is to extend the syllabi in robotics and increase the number of pupils involved in activities of training, development and creation of new innovative technologies. At workshops, pupils learn how to programme robots to carry out tasks, and this would be a stimulus to choose the field to continue the education” noted Corina Fusu.

For her part, the representative of USAID in Moldova, Karen Hilliard, said that, “presently, more countries are facing problems in the process of educating children, which represents a danger for training the labour force in the long run. The development of such syllabi in Moldova represents a benefit both for pupils and authorities.”

Also, Robotics Clubs have been launched in seven libraries of Moldova with the support of the Novateca programme. They will work in four district libraries and three rural settlements.

The programme on studying robotics was launched in Moldova in 2014, with the support of USAID Moldova and association of companies in the Information Technology and Communication sector, under the patronage of the Education Ministry.