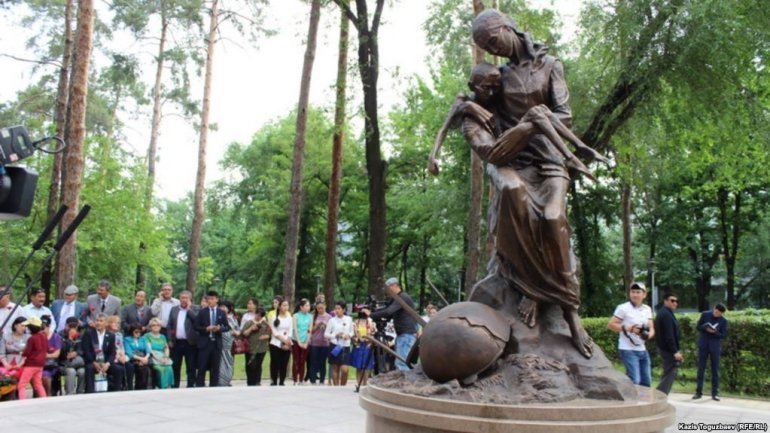 A monument honoring the victims of a 1931-33 famine widely blamed on the Soviet government's forced farm collectivization campaign has been unveiled in Kazakhstan’s largest city, Almaty.

The 3-meter-high statue shows an emaciated woman holding a starving boy and stands near the former headquarters of the Soviet NKVD and KGB secret police.

Hundreds of attendees included poets, writers, and historians, as well as the Almaty mayor and other city officials. President Nursultan Nazarbaev, who has ruled the Central Asian country since before it gained independence in the Soviet breakup of 1991, was not there.

May 31 is marked in Kazakhstan as the Day of Commemoration of the Victims of Political Repressions.