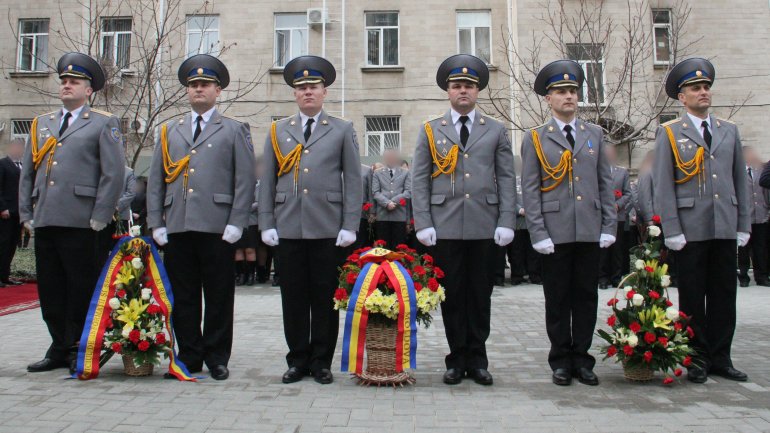 The ceremony commemorating the 25th anniversary of the beginning of the Dniester war for territorial integrity and independence of Moldova has been celebrated today, March 3rd. On this occasion, the monument dedicated to service state security combatants who fell in armed conflict on the Dniester river has been inaugurated.

The event was attended by PM Pavel Filip, MPs, cabinet members, combatants and veterans of state security bodies, SIS employees, relatives and family members of those who died in the bloody battles of 1992.

Pavel Filip, Prime Minister of Moldova, expressed the gratitude for the professionalism of state security bodies of combatants and skills to tackle the most difficult tasks during combat operations.

In his speech, Mr. Pavel Filip noted that the government will continue to support the institution in carrying out state security.

"This battle you give every day, anonymously, without having to ask for public recognition, deserves to be supported" , concluded the Prime Minister.

Botan Roman, Chairman of the National Security, Defense and Public Order addressed health and good wishes to all those who have fulfilled their duty with honesty and dedication during the armed conflict on Diester.

"You are heroes, and heroes never die, we bow before your self-sacrifice for the future of this country, " , said the Commission President.

Moldova's SIS director thanked the prime minister for decisions, including the increase of pensions for the disabiled, confirming that the Dniester war veterans began to be more appreciated and respected.

The event continued with the celebration by a group of priests, headed by Metropolitan of Chisinau Vladimir, for the remembrance of fallen combatants to safeguard the integrity and independence of Modlova. After thanksgiving, the guests took a minute of silence and laid flowers at the monument. The event ended with serving guests with porridge.