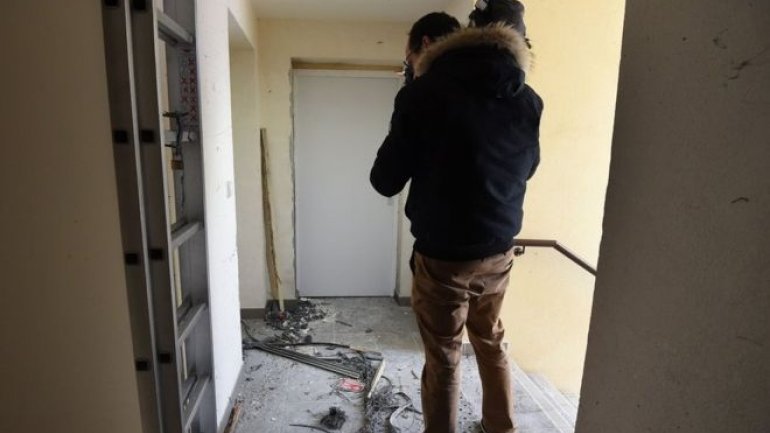 An "imminent" terror attack on French soil has been averted with the arrest of four suspects in Montpellier, Interior Minister Bruno Le Roux said, according to BBC.

Three men and a girl of 16 were found with bomb-making materials by anti-terrorist police in a raid on a flat in the southern city.

Home-made explosives similar to those used in the Paris attacks of November 2015 were discovered.

Reports suggest the girl had made jihadist declarations online.

Photos from the scene in Montpellier show debris outside the door of the flat that police stormed on Friday morning.

Early reports suggested that one of the Montpellier detainees was a would-be suicide attacker.

A local news site, M6 Info, said the four were planning to attack a tourist site in Paris but a police source told AFP news agency that investigators had not been able to establish the exact target.