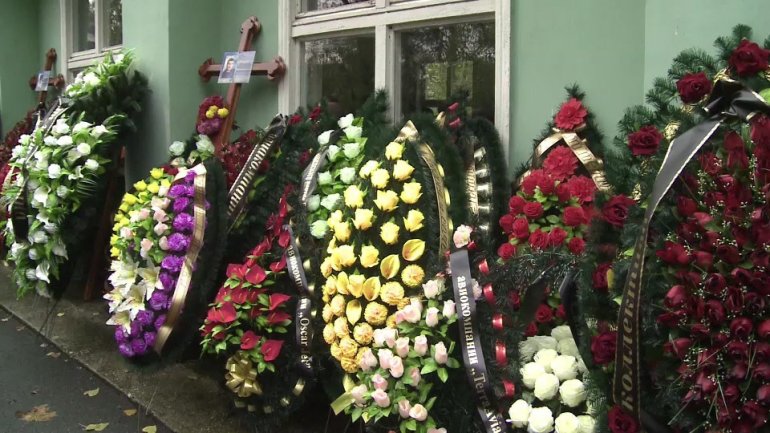 The four deceased pilots from Republic of Moldova that have passed away after the plane crash in Côte d'Ivoire, were accompanied today to their final resting place. They bodies were brought to the Aviators Club where families, colleagues and friends came to pay homage.

Hundreds of people stood in line to say goodbye to the four Moldovans:

"I know Pavel very well. We used to even be neighbors, meeting often. He was someone you could trust, who would never betray you, such people are a rarity. What a pity that he is no longer with us."

"It pains me greatly. I knew the crew's commander Evgheni Litovka and pilot Alexandru Șikanov. He was one of the best pilots. It is a great loss for the whole country."

"They were good men, always ready to help, may they rest in peace. They all left this world to early, especially Alexandru, who was the youngest of them."

Former colleagues said that Evgheni Litovka, the crew's commander, was one of the best specialist from the country with great experience.

"Anything can happen, nobody is immune to death."

"The commission will be called in and we will know what they found. Those men lived to their fullest and went down as true heroes."

The funeral was also attended by the two Engineers that managed to survive. They were cautious and refused to speak with the press.

"They have been through a traumatic experience and need time to recover and calm down. Roma Tanasiciuc is feeling well. Valeriu Erohin though, is still supervised by doctors."

The four crew member will be buried at the Sfântul Lazăr cemetery from Chisinau. The airline company has covered all expenses.

The four members of the Civil Aviation Authority went to Côte d'Ivoire to participate in the investigation and establish the cause of the accident.

One of the assumptions is that the planed crashed due to bad weather conditions.

The plane with 10 people on board, including 6 citizens of Moldova, crashed on October 14, almost 500 meters from the runway of the Côte d'Ivoire airport. The cargo aircraft was rented by French Armed Forces.