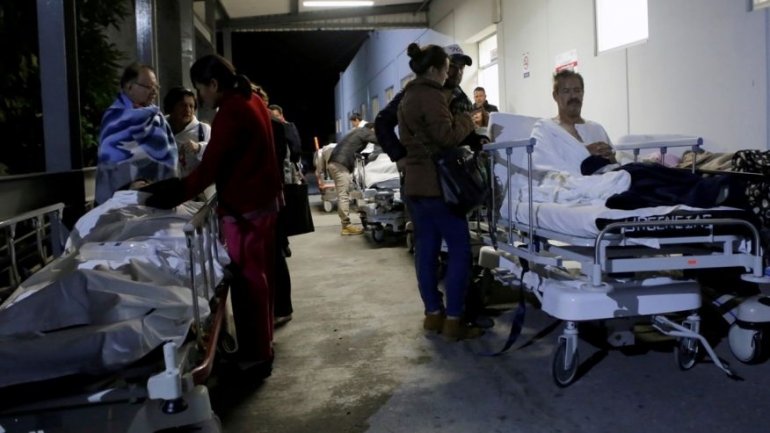 At least five people died in a massive earthquake that struck the southern coast of Mexico early Friday, prompting tsunami waves in the country that measured up to 2.3 feet.

Its epicenter was 102 miles west of Tapachula in southern Chiapas state and had a depth of about 21 miles. The quake was so powerful, it sent people fleeing from buildings 650 miles away in Mexico City.

President Enrique Pena Nieto said the earthquake is the biggest the country has seen in a century.

Chiapas' Gov. Manuel Velasco told Milenio TV that at least three people have been killed in the region. He said the quake damaged hospitals and schools.Two children also died in Tabasco state.