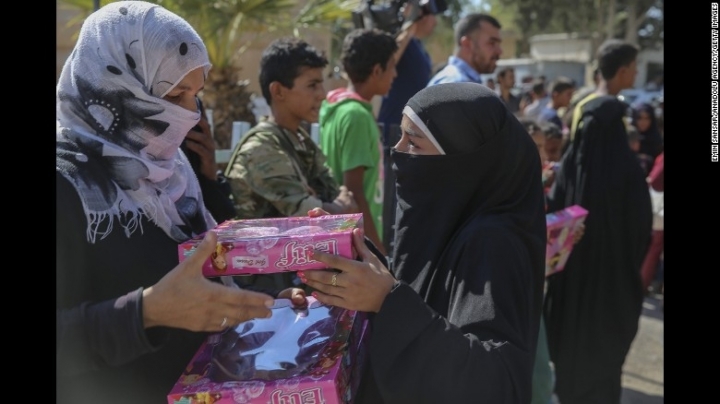 The sounds of war, for now at least, have given way to the infectious laughter of children, CNN reports.

The celebration of the Islamic holiday of Eid al-Adha, which began on Monday, has provided a long-overdue respite for the littlest victims of Syria's devastating war.

Also known as the Feast of Sacrifice, the four-day celebration started with morning prayers and continues with feasts and visits to friends and family. Gifts are exchanged.

The second of two major holidays in Islam, Eid al-Adha coincides with a fragile peace brought on by a ceasefire deal brokered by the United States and Russia.

The deal calls for a halt to the violence between the Syrian regime and rebel forces. It also allows much-needed humanitarian access to besieged cities such as Aleppo.

Aleppo has seen many of its neighborhoods come under fire and more than 6,000 people -- mainly civilians -- killed or injured.

The Syrian civil war has killed more than 300,000 people and forced more than 5 million to flee the country, spawning an international refugee crisis.