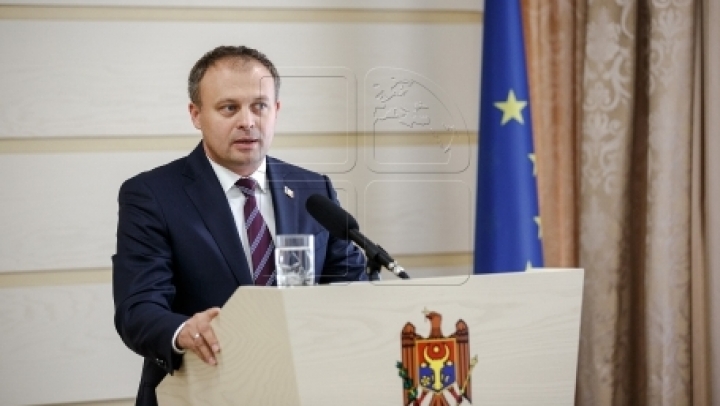 Moldova’s Parliament’s speaker Andrian Candu has met with the leader of the Romanian Social-Democrats (PSD) Liviu Dragnea in Bucharest.

Discussing the relations between the two states, Liviu Dragnea has lauded the Moldovan Government’s progress.

"The present Cabinet has started to do good things, has shown responsibility, its actions has stabilized the situation. Has put the country on the track of reforms. I have assured him of our steady, honest and fair support," Liviu Dragnea has said.

He has spoken about the money promised by Romania that is now frozen: "I have understood the discontent that the loan we approved of is blocked. Romania’s attitude has been unfair. Moldova, our sister, has needed the money. The help must arrive when it’s mostly needed. I have not managed to learn which the real motives up to now."

In his turn, Andrian Candu has thanked for the support on behalf of Romania and the PSD.

"The PSD is the party supporting Moldova in good and bad time. Moldova’s political agenda is to re-establish the trust and to insure the political and economic stability. An IMF mission is due in July 5-15. Thank you for the support from the PSD, and we’ll stay together with them at the parliamentary elections," Andrian Candu has specifed.

Touching upon the issue of the possible joining of the two countries, Andrian Candu has asaid: "It’s a subject having caused debating and, unfortunately, disparity. They talk about the union but they actually do less, it’s only groundless talking."

"I’m fed up with double and demagogic talking. They view political campaigns or personal gain. Inadmissible is the attitude of the Government and of the media towards our [Moldovan] brothers," Liviu Dragnea says.