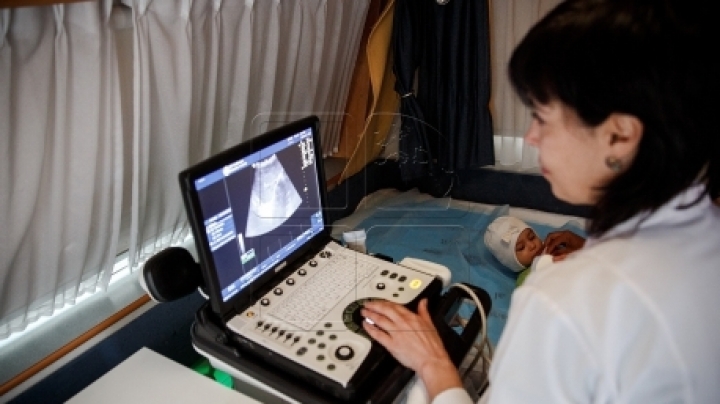 More treatment opportunities for village children. They have been examined for free by the physicians within the campaign "Moldova’s Rebirth," unfolded by Vlad Plahotniuc’s Edelweiss Foundation. The mobile office reached Hânceşti district.

The parents were especially happy with the doctors’ visit. They say they wait for too long to get to a doctor in the district hospital of Hancesti:

"I think it’s a good thing. Many do not have the time and the access to a good doctor."

"We’re three months. We want to see the neck, we go for massages, but I want to check it anyway."

"I came to the pediatric office for the children’s health; just wanting to be sure everything is all right. It’s a very good project. Edelweiss revives Moldova."

“Most often, the children have pathologies, chronic tonsils, pharyngitis. If there is anything severe, we send them to specialists."

The pediatric office has been in 75 Moldovan localities.

"Over 5,300 children have been examined. 10 of them had life-threatening illnesses, as the ambulances were called at once. It’s important for us to save even a child, but saving 10 lives already proves a lot. Our campaign has been welcomed,” said Lara Moraru, Edelweiss executive manager.

The Moldova’s Rebirth campaign is organized in a partnership with the Health Ministry and will end in November.