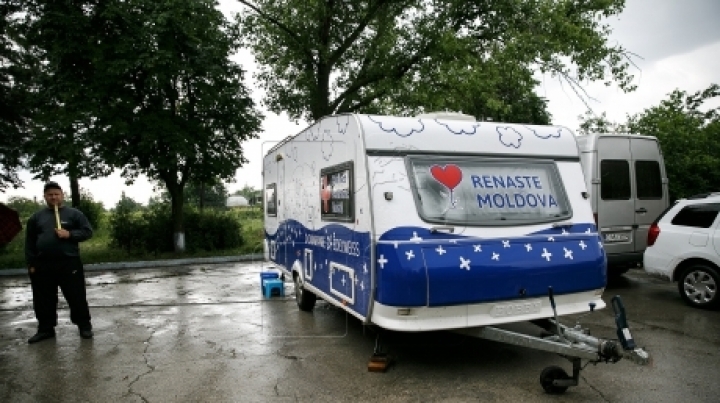 "We found a serious case, a six-month child with brain malformation, discovered at birth and not treated till today, nor being registrated at neurologist evidence" , said pediatrician Maria Mihalachi.

Another problem detected by doctors is that some mothers do not know how take care of their children.

"Mothers do not know how to properly feed a child, especially infants. Many infants are fed up now with cow's milk, which is last century" , said Mediclim pediatrician.

Rădeni village mothers say that they are forced to travel over 30 km to Calarasi town for medical advice. Doctors' visit to check the minors is an welcomed one.

Aliona Jeverdan has two children and she was very happy that her two littles passed a free ultrasound.

"Many times financially, we do not have enough money. That's the whole problem is first. Last time we went to the heart ultrasound with both children and spent 800 lei," said inhabitant village Rădeni, Aliona Jeverdan.

The action is part of a Vlad Plahotniuc's "Edelweiss" Foundation campaign , organized in partnership with the Ministry of Health. Until now, doctors have visited more than 70 towns and examined over five thousand children.