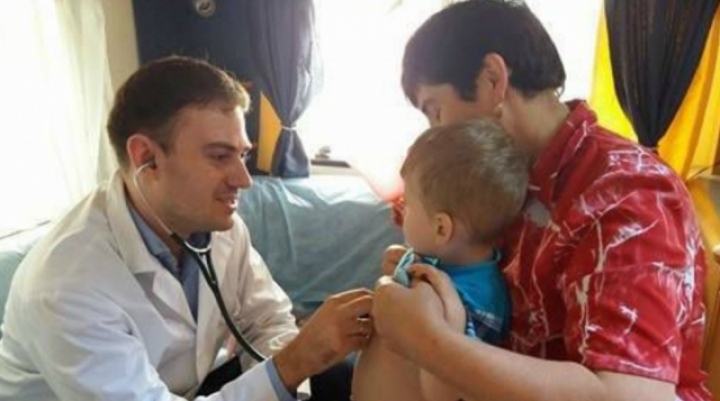 The pediatric mobile office "Moldova’s Rebirth" has reached the north of the country in the campaign launched by Vlad Plahotniuc’s Edelweiss Foundation. Dozens of children from Viişoara village, Edineţ district, were freely examined by physicians.

After consulting the children, the pediatricians say they uncover numerous diseases. Some of them hinder the natural development of the kids. The team’s key mission is preventing. The patients seriously ill are sent to specialists in the district center or to Chisinau.

"Most patients have diseases, the hemoglobin is low, there are kids aged 3 with very low hemoglobin what is a big problem for a growing body," said pediatrician Ina Mihalachi.
The physicians’ visit gladdened especially the parents. They say it’s a long way to the district hospital:

"Not all the facilities are in our village. And it’s hard to go with the little kids in public transport."

"We had some problems with speaking. It’s hard to go far away, that’s why we have come here.”

"He does not eat very well. We expect the doctors to tell us why".

Viişoara’s mayor Ina Ciubotaru says some locals have enjoyed a medical exam for the first time in their life: "I have three kids and know what the children’s health means. It’s very welcome: the village is 37 kilometers from Edinet. Not many can afford, there are disabled children."

The children healthcare national campaign was launched by Vlad Plahotniuc’s Edelweiss Foundation in April. The clinic on wheels will wander about the country during eight months.