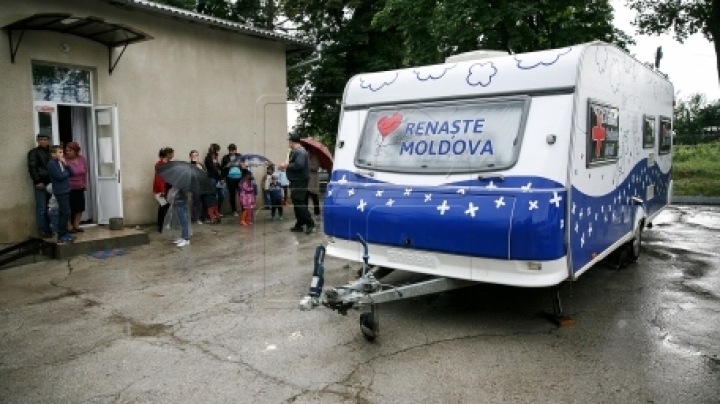 Dozens of children from Ulmu village of Ialoveni district have been examined by physicians for free. The Moldova’s Rebirth campaign unfolded by Vlad Plahotniuc’s  Edelweiss Foundation continues to provide free medical consulting to the children from the entire country, which contribute to the young generation’s health.

Parents were glad they were able to receive doctors’ advice and diagnoses from high tech devices. Defeating their fear of doctors, the kids were given balloons.

The pediatrician Maria Mihalache says the children’s ailments are not severe, but must be cured not to advance: "The cold season is coming, most children display signs of viral infections, signs of respiratory infections and need special attention. Most illnesses appear because the mothers are not aware of them.”

The pediatric office went to 80 localities and benefited almost 6,000 children.

"It’s important that the parents bring their children to be consulted. It was the idea of this campaign and we’re extremely glad we can help. We still have to visit over 100 localities," said Viorica Ţurcan, a project coordinator with Vlad Plahotniuc’s Edelweiss Foundation.

The Moldova’s Rebirth Campaign, unfolded by Vlad Plahotniuc’s Edelweiss Foundation in a partnership with the Health Ministry, is to end later in November.