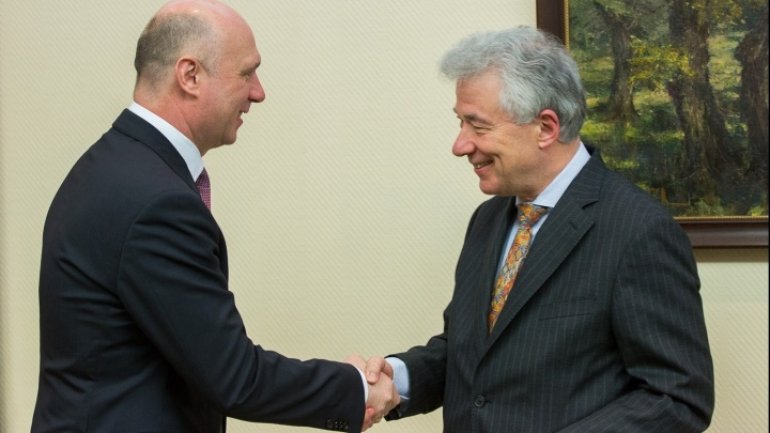 "The road map on implementing the reforms has served as a good tool also in regaining the foreign partners’ trust. Working out the Broadcasting Code and passing the Integrity law in the second reading are still there. These and reforming the public administration and the pension system are the Cabinet’s priorities," Pavel Filip said.

The Premier also referred to the EU’s report on implementing the Association Agenda on the background of the reunion of the Moldova-EU Association Council on March 31 in Brussels.

He said the report marks the progress made in 2016, but there are a range of issues needing more efforts, and the EU’s macro-financial assistance is pivotal. Improving the entrepreneurial climate, fighting corruption and insuring the independence of the judiciary are other priorities.

Thomas Mayr-Harting said passing the laws to reform the judiciary was a very important step, and efforts were needed to implement them.

The officials also tackled the issue of the Transnistrian settlement.