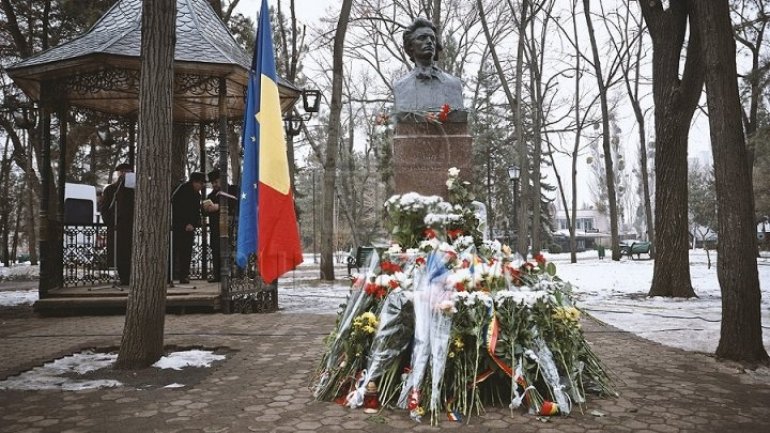 Moldovan politicians, writers and citizens have laid flowers at bust of great national poet and writer Mihai Eminescu on his 168th birthday today.

"His works always have impact and surely change our life", said Monica Babuc, Minister of Education, Culture and Research.

"Eminescu is the heart and brain of the Romanians, moreover, he's an universally well-known poet. He fought for unity of the Romanians", said Mihai Ghimpu, PL president.

Parliament Speaker Andrian Candu posted a video on a social network a Mihai Eminescu poem recited by his son.

Igor Dodon, the head of state laid flowers at bust of Mihai Eminescu, and later posted pictures on a social network.

Moldova  celebrates the National Day of Culture on 15 January, the birthday of poet Mihai Eminescu.

The bust of great national poet and writer Mihai Eminescu is placed on the Alley of Romanian Classics in Public Garden "Stefan cel Mare" in Chisinau.