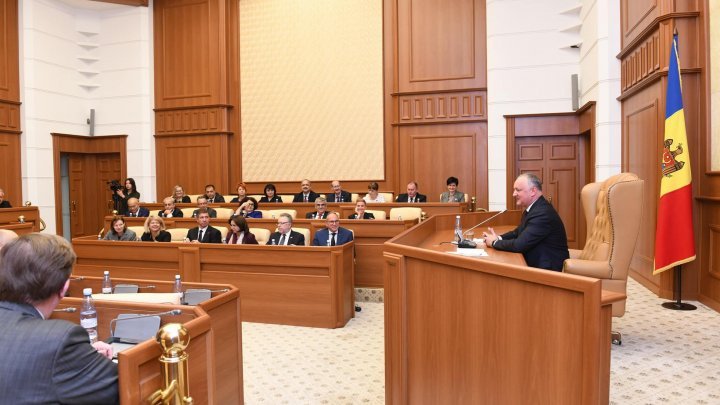 The political situation of the Republic of Moldova was the subject of today's meeting at the Presidential Palace where Moldova's President Igor Dodon met with the accredited Ambassadors in Chisinau.

"We exchanged views on the Moldova's political situation, citing the risks related to the Government's decisions and the outlook of the parliamentary majority.

We also reiterated the position of the presidential institution regarding the continued support of the Government and the parliamentary majority, provided that the actions of some forces and political persons do not exceed the limits of the constitutional norms.

I am firmly convinced that personal or party interests in no way can be put above the national interests of the Republic of Moldova, "said Igor Dodon, in a post on his Facebook page.

The head of state also met with the Russian Ambassador to Moldova Oleg Vasnetsov who confirmed the commitment of president to maintain the parliament majority and the Government. 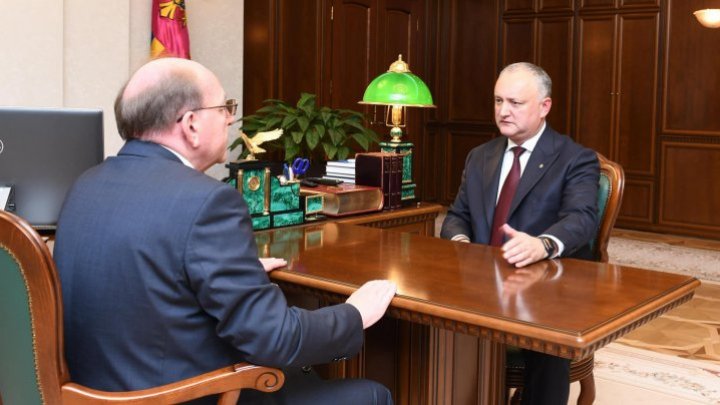 Vasnetsov highlighted that the leaders of political parties must be guided solely by the interests of the state and abstain from unilateral actions which violate the legal framework.

According to the head of state, they discussed the most actual questions about the Moldova - Russia strategic relations. The officials agreed to strengthen the bilateral relations of both countries.