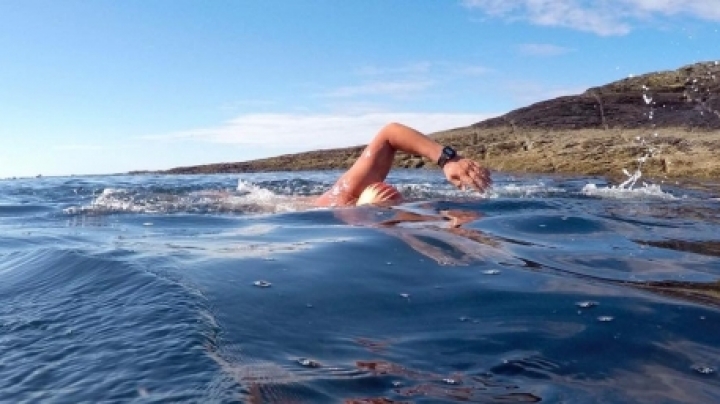 Ion Lazarenco has crossed the Molokai strait in Hawaii. Thus, our compatriot has reached five of the seven straits of the world which he intends to cross.

For over 18 hours, the Moldavian faced fierce waves and bad weather. Moreover, he was stung by three jellyfish when swimming.

In total, our compatriot swam 42 kilometers and has reached 75 kilometers in less than a month, after crossing the Catalina starit in California.

Lazarenco wanted to convey a message on a social network for those who supported him.

Ion Lazarenco is 37-year-old and is living in Ireland since 1999.

The Moldovan collects money to set up sports field in our country.

The crossing of Molokai strait and Catalina channel was financially supported by the Edelweiss foundation of Vlad Plahotniuc.