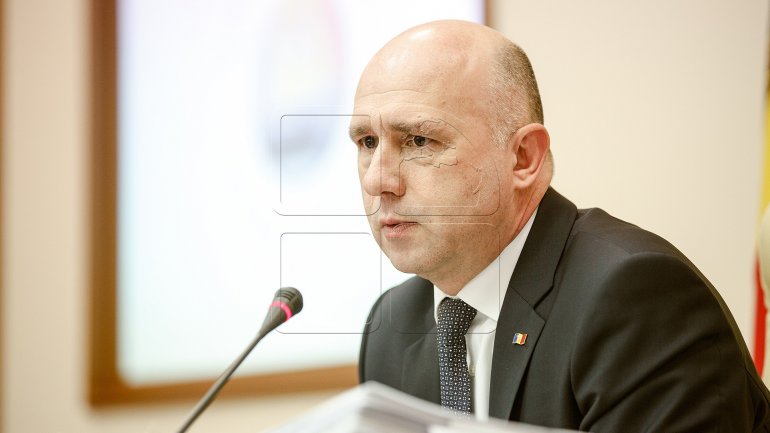 The crime rate in Moldova, present risks and the actions needed to prevent them were considered at a today’s meeting of the national council for coordinating activities of preventing and fighting the organized crime, chaired by Prime Minister Pavel Filip, Moldpres reports.

In the beginning of the meeting, the prime minister said that, following the entrance into force of the new Law on Prosecution, to optimize the work, two specialized prosecutor offices were set up: to fight corruption and to fight the organized crime phenomenon. Thus, the head of the Prosecutor’s Office for Fighting Organized Crime and Special Causes, Nicolae Chitoroaga, has become a new member of the national council for coordinating activities of preventing and fighting the organized crime.

The participants in the meeting brought for discussion more subjects, among which the results of implementing the provisions of the national strategy of preventing and fighting the organized crime for 2011-2016, as well as the hybrid risks and threats for Moldova. According to the information unveiled, 177 criminal groups were annihilated on the reference period. At the same time, the participants found out that, in the information technology age, the organized crime acquired a new specific character, focusing especially on economic offences, which bring essential damages to budget and citizens.

The cyber security entails a serious risk. Cyber attacks can affect the state’s security systems, which require complex actions to prevent them. Prime Minister Pavel Filip said that a complex strategy of ensuring the cyber security had been approved in Moldova, and now its provisions are to be implemented.

The participants in the discussions exchanged opinions on the subjects approached and made proposals on actions necessary to improve the situation in the field, among which a proposal on the creation of the national council for coordinating activities of preventing and fighting the organized crime. Thus, the Interior Ministry, along with other ministries and authorities, will consider the concerned proposal under different aspects, so that the newly created structure is functional and efficient.

Following the discussions held, the participants in the meeting ruled to extent the term of carrying out the national strategy of preventing and fighting the organized crime by another three years till 2019. Prime Minister Pavel Filip said that when the provisions of a strategy are not fully carried out, its implementation term is to be prolonged and a related action plan is to be worked out, able to achieve the goals set.
AFLĂ imediat Știrile Publika.MD. Intră pe Telegram