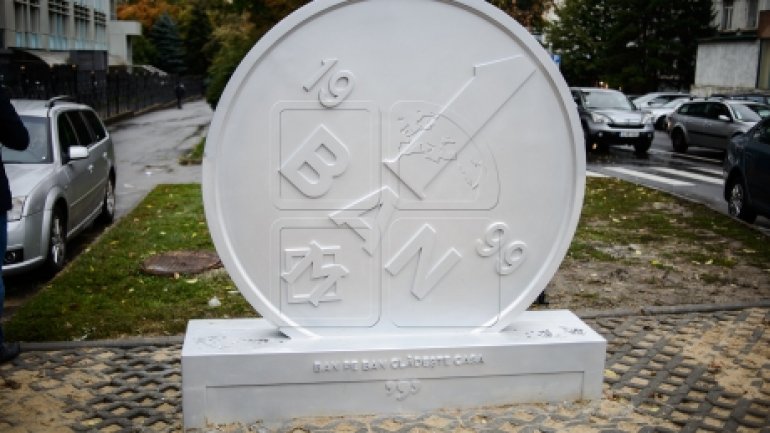 A ban of 170 cm in diameter has been placed at the crossroad of the Bănulescu-Bodoni, Constantin Tanase and Petru Rareş streets in Chisinau.

As seen in the picture, the monument is a ban – the 100th part of a Leu – plunging into the ground.

The idea emerged in 2015 and the monument was supposed to be erected in front of the National Bank which is near.

The eagle on the reverse side has its head downwards, and a coin which such a defect is extremely valued by numismatists.