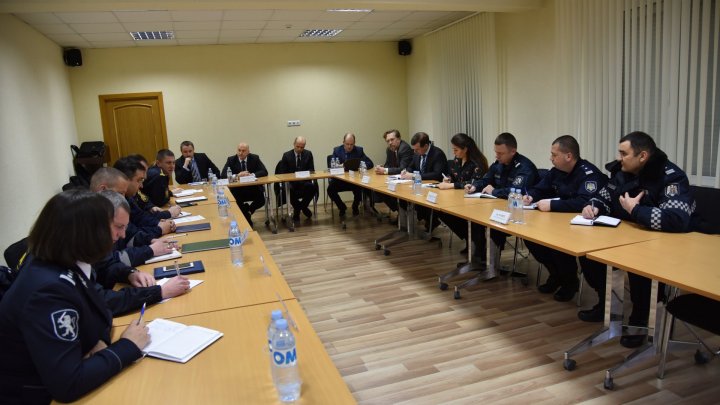 On January 23, General Police Inspectorate has officially launched the project "Consolidating the capabilities of Republic of Moldova's Law Enforcement and supporting the enhancing of the road traffic culture".

The project aims to organize training courses for ensuring safety while escorting VIP persons and is meant to consolidate the capabilities of the Inspectorate's employees in the area of escorting and stopping vehicles that poses a threat.

Within the project will be elaborated a Standard Operational Procedure, Guides, as well as carry our practice and purchase the equipment needed for training.

Head of National Patrol Inspectorate, Livii Baziuc has appreciated the willingness of the Estonian colleagues to assist Republic of Moldova's Law Enforcement: "This project is welcomed, taking into consideration recent accidents and I am sure that this project will assist Republic of Moldova's Law Enforcement being closer to EU standards" Livii Baziuc said.

This project is financed by Development Cooperation and Humanitarian Aid Strategy of the Republic of Estonia's Ministry of Foreign Affairs. The project is worth 106 000 Euro and will be implemented in 2018 - 2019.

We reminds that General Police Inspectorate took part in this project in 2016, while during this week will be organized multiple official visits from Estonian experts to multiple subdivisions of the National Patrol Inspectorate.