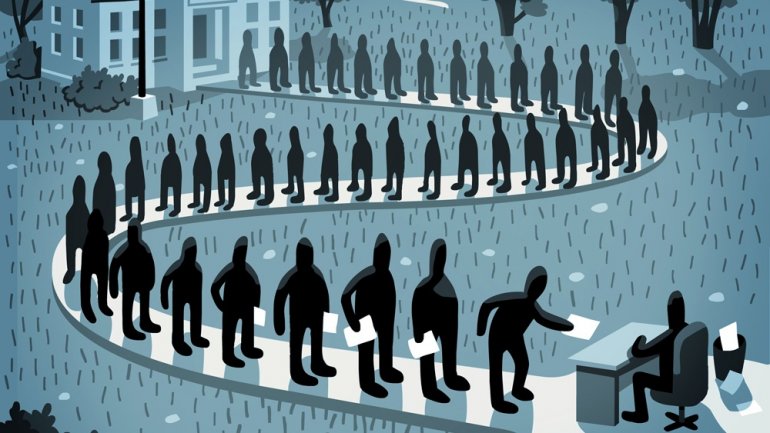 In the first half of the year, over 21,000 unemployed people registered in Moldova, 15% decrease compared to the same period last year. According to the National Employment Agency, the unemployed mostly are educated in primary or secondary level, aged between 30 and 49.

According to data, unemployed men take account for 55%. However, in some fields such as health or education, women are more affected, 66 and 57 per cent, respectively.

65 per cent of the registered unemployed do not study in higher institutions.

The data also show that most of the unemployed are from rural areas, about 13 thousand people.

Of the total number of unemployed registered in the 6 months of 2017, 8700 people were arranged in the workforce, five per cent less than data in the same period last year.

According to the National Employment Agency's report, the most jobs sought for in this period were accountants, sewers, sellers, drivers or chefs.