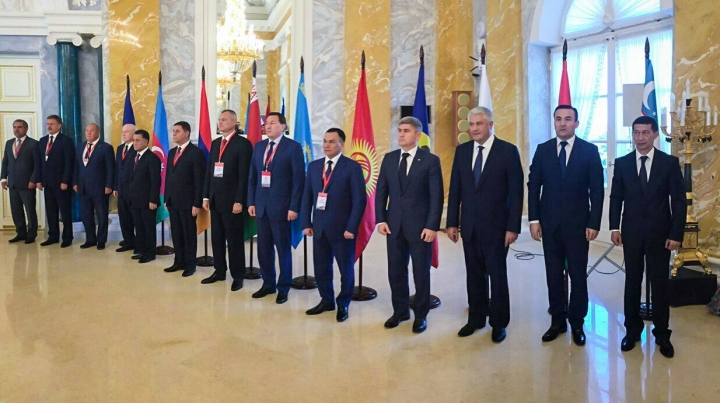 A delegation headed by Interior minister Alexandru Jizdan attends the Reunion of the Ministers of Interior of the Commonwealth of Independent States (CIS.)

Alexandru Jizdan mentioned, in his speech, the importance of Moldova’s attending the meeting, the developments and activities carried out in the field of domestic affairs, the reforms within the ministry and the cooperation with the CIS.

"The Ministry of Internal Affairs is still in a stage of reforming meant to modernize the police structures and to bring the police closer top society, developing a qualitative service to the citizen’s benefit," the minister stated.

Jizdan has pointed out the priorities in strategically reforming the ministry, referring to the importance of modernizing the police structures, creating a National Crisis Management Center, setting up a single 122 Emergency Calls System.

Alexandru Jizdan has been awarded a badge of honor for attending the reunion of the CIS Interior Ministers Council, on its 20th anniversary.