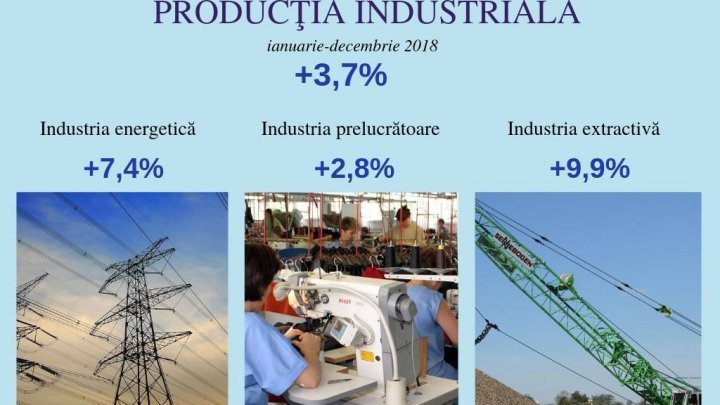 Moldova's industrial production increased by 0.4% in December 2018, compared to the corresponding month of the previous year, informs National Bureau of Statistics.
Accordingly, the growth resulted from increase of the quarrying industry (+38,6%) and production of electricity, gas, steam, hot water and air conditioning supply (+20,4%). In the same time the manufacturing industry (-5,4%) registered an decrease.

In the 12 months of last year, electrical equipment was manufactured more 54% than the same period of 2017.

On Facebook post, Prime Minister Pavel Filip wrote that he is glad that the reforms implemented in recent years are fruitful and the increase in industrial production shows that the Government's direction is correct.

"It's nothing happier than to see implemented reforms are fruitful. Industrial production increases by 3.7% in 2018 compared to 2017. This is a proof that the Government's direction is correct", wrote Pavel Filip.