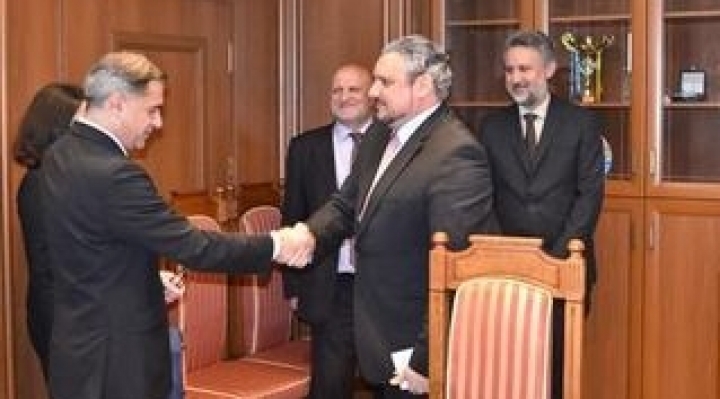 The officials exchanged views on the cooperation between Moldova and the IHRA, particular attention being paid to promoting the objectives aimed at nurturing the memory of the Holocaust and other crimes against humanity.

Minister Galbur has reiterated the Moldovan authorities’ firm commitment to support the objectives pursued by the IHRA, especially through education, expressing interest in taking over the Romanian experience in this field.

Ambassador Mihnea Constantinescu welcomed the decision of Moldovan authorities to enact 27 January as the National Holocaust Remembrance Day, which was officially marked for the first time this year in Moldova and highly appreciated the political will of Moldova to further cooperate with the IHRA.