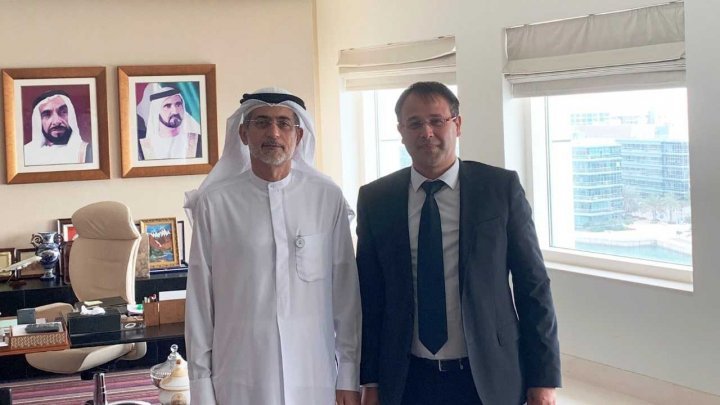 During the meeting, the officials exchanged views on new opportunities to promote and cooperate economically, strengthen bilateral legal framework through ratification by the UAE of agreements on mutual investment promotion and on economic and technical cooperation.

The Emirate official appreciated the results of the essential trade balance increase between Republic of Moldova - UAE and pledged Ministry's support to promote the economic and trade dimension, which has enormous potential and is to be fully exploited.

"Republic of Moldova recorded increase of export to United Arab Emirates over 4.5 times in 2018 compared to 2017, thanks to the consolidation of relations between the two countries, including the opening of the Moldovan Embassy in Abu Dhabi," the Emirati diplomat said.

Ambassador Victor Haruţa reiterated the importance for the Republic of Moldova of the United Arab Emirates market. The diplomat promoted image of Republic of Moldova and Moldovan products in the UAE, including participation in specialized fairs and exhibitions, as well as in the forums of businessmen from the two countries.

UAE is the largest trading partner of the Republic of Moldova in the Persian Gulf region.