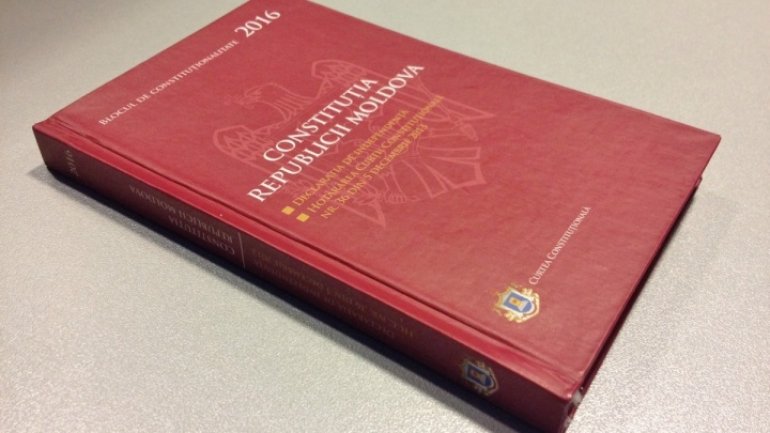 The idea of introducing the concept of European vector into Moldovan Constitution will not contradict the Supreme Law. Moreover, this initiative will confirm the country's assumption of international obligations. The topic was discussed today at a roundtable organized by the Foundation for Modern Democracy.

The debate was attended by experts in constitutional law, political scientists and university lecturers. According to them, the idea of amending the Constitution by introducing the phrase "European integration" is an important one in the regional context.

"Including our values are subject to a hybrid attack on the subject of European integration. Here, certainly we can get confused with some misunderstanding," Vitalie Catana said.

"It is a very important issue of national interest. The Republic of Moldova is now in more  more complicated geopolitical space compared to our neighbors," said the university lecturer, Valeriu Zubco

Experts have come up with scientific arguments about the constitutional amendment initiative.

"The scientific argument is first and foremost that the concept introduction of the European vector in Moldova is not nearly an ideology, clearly it doesn't contradict the constitutional provisions, this formula is a confirmation of the obligations assumed by the Republic of Moldova internationally, "said PDM spokesman Vitalie Gumurari.

Also, some lawyers and political scientists consider that the inclusion of these syntagms will become a mobilizing factor for European integration.

"Moldova now is in a continuous transition, so this noble idea of introducing the European integration into national Constitution can become a national goal for our country," said Valeriu Cerba, Ph.D.

"In the context Moldova must pass several stages until it becomes a member state, this initiative must be approached as a mechanism that mobilizes the social energies for the Moldovan modernization", said Victoc Juc doctor.

The European integration initiative must become a strategic priority, provided in the Supreme Law which was announced in September by PDM chairman Vlad Plahotniuc.

Then he mentioned that the Constitution Court indicated in 2014 that direction towards Europe was defining element of Moldova's constitution identity.