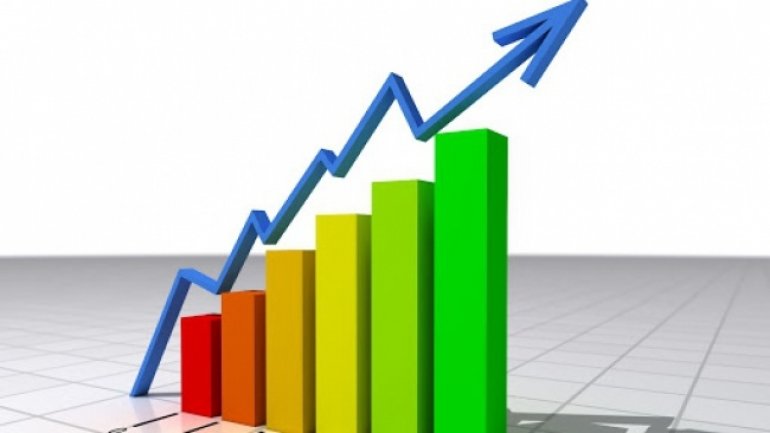 Moldova's economy expanded by 4.1% in real terms in 2016, mainly on the back of successful performance of the agriculture, forestry and fishing sector, the country's statistical office said on Wednesday.

In the fourth quarter alone, Moldova's GDP grew by 6.5% on the year and by 0.6% on the quarter, reaching 36.1 billion lei, according to seasonally adjusted data.

The gross value added in the economy increased by 4.8% in 2016, mainly boosted by the agriculture, forestry and fishing sector, which posted a 2.2% growth. The wholesale and retail sector plus the sector of maintenance and repair of motor vehicles expanded by 0.9%, while four other sectors - mining; manufacturing; transport and storage; information and communications each grew by 0.3%.

The gross value added in the construction sector dropped by 0.2% last year, while public administration and defense, mandatory health insurance, education, health and social assistance each decreased by 0.1% on the year and had the biggest negative impact on GDP growth in 2016.

Final household consumption in Moldova expanded by 3.2%, while gross fixed-capital formation fell 0.7% in 2016.

In 2015, Moldova's economy contracted by 0.5% in real terms to 121.8 billion lei mainly due to setbacks in agriculture, trade and public administration.

At the end of February, the International Monetary Fund (IMF) raised Moldova's economic growth forecast for this year to 4.5% from 3%, and said that it was considering providing a $21.2 million loan under the existent three-year credit facility. In order to sustain growth and job creation, Moldova must continue efforts to rehabilitate the financial system, to strengthen the governance and financial condition of banks and to enhance regulatory and supervisory frameworks, the IMF said, writes See News.