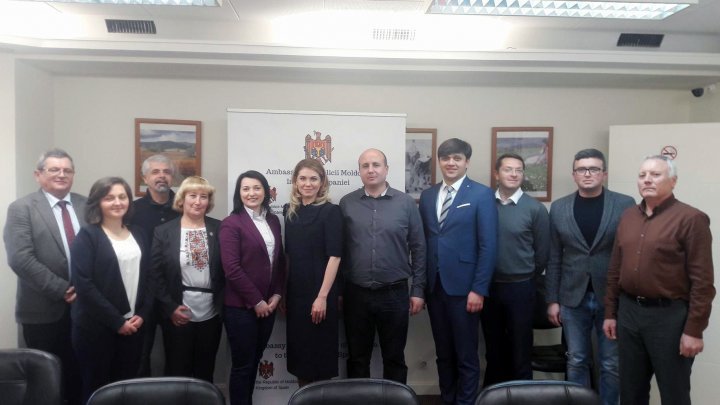 A Moldova's delegation of officers from Diaspora Relations Office (BRD) had a meeting with representatives of the Moldovan diaspora from Barcelona city in their working visit to Spain.

The meeting took place on January 27 and was participated by Olga Coptu, Head of BRD; Valeriu Sajin, BRD principal consultant and Ghenadie Creţu, representative of the International Organization for Migration, Mission in Moldova (IOM).

Social Protection Agreement between Spain and Moldova as well as recognition of driving licenses and degree certificates were topics discussed in the meeting.

Additionally, a meeting with Diaspora from Madrid city was organized in the Embassy of Moldova in Spain on January 28. During the meeting, Moldovans sought solutions to the problems faced by citizens living abroad. It's quite difficult to organize cultural events, say Moldovan Diaspora. Moreover, they asked for BRD's support in this respect.

Another initiative proposed by Moldovan Diaspora was the involvement of Moldovan citizens in elaborating the development plan for tourism and the co-operation of the diaspora's experience in this respect.

PUBLIKA reminds that a Moldovan delegation is paying a working visit to the Kingdom of Spain to consult with the diaspora.