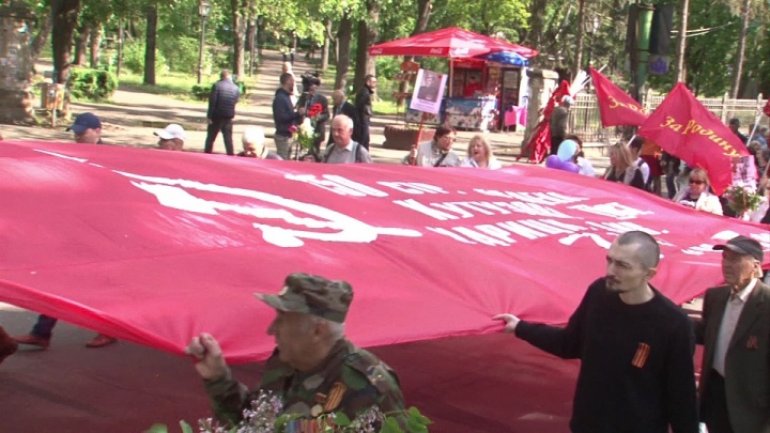 foto: publika TV
Today, one hundred years have passed since the Great October Socialist Revolution of 1917. Members of Moldovan Communist Party and its supporters marked the 100th anniversary.
The solemn rally took place at the monument of Lenin. The majority of the participants - people of old age -  performed patriotic songs from the socialist period and deposited flowers at the Lenin statue.
PCRM chairman Vladimir Voronin believes that future generations need to be aware of the importance of the October revolution.
"Young people have not yet realized that it's possible to live differently, they got caught into a game that destroys them morally and spiritually. The Soviet Socialist State which had tremendous successes was a state based on equality, "and spus Vladimir Voronin , preşedintele PCRM.
The October Revolution and commonly referred to as Red October, the October Uprising, the Bolshevik Revolution, or Bolshevik Coup was a revolution in Russia led by the Bolsheviks and Vladimir Lenin that was instrumental in the larger Russian Revolution of 1917. It took place with an armed insurrection in Petrograd on the 25 October (7 November, New Style) 1917.
loading...
AFLĂ imediat Știrile Publika.MD. Intră pe Telegram