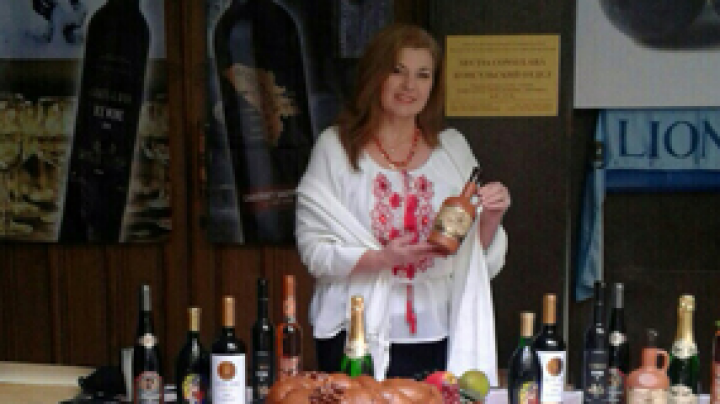 In an interview to Infotag, Ambassador Extraordinary and Plenipotentiary of Moldova in Russia Dumitru Braghis said that the Embassy decided to help Russian companies in organizing an autumn fair near the Moldovan Embassy.

“We wanted that together with Russian companies’ goods, the products from Moldova to be presented to Muscovites. Mainly, these were table grapes, apples, canned vegetables, juices, jams, as well as wines”, the Ambassador said.

According to him, the Embassy organized in its courtyard a School of Moldovan Winemaking, where visitors were showed and told about all the mysteries of the process of producing tasty and high-quality wine. The widest assortment of wines was presented by companies Lion Gri, Migdal-P, Kirsovo and Tomai Vin.

Deputy President of the joint Moldovan-American enterprise Lion Gri Nelli Sonic said to Infotag that she sent her company’s wines to the fair in Moscow with all her heart, despite the fact that it cannot export large amount of wines to Russia.

“I want that Russians to know that Moldova is a wine country, which has been producing and will produce high quality wines”, said the enterprise head, who wants that Russians to drink real wine.

The Moldovan Ambassador said that visitors were satisfied with the wine many of them still remember and appreciate.

“Many people asked where they can buy Moldovan wine, when it will appear on Russian store shelves”, Braghis said.