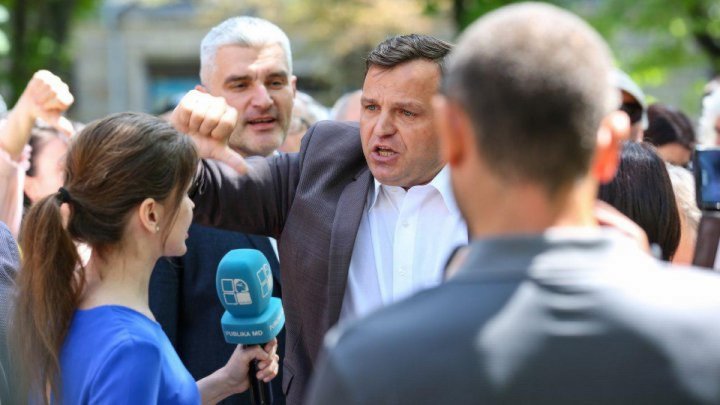 The former communist prosecutor's attacks against journalists, Andrie Nastase, provokes antipathy towards this deputy. TYhis opinion are sharing the people who commented on the actual deputy's aggression towards media representatives that he doesn't tolerate. In th citizen's opinion, Nastase, the godson of the fugitive criminal Victor Topa, demonstrated an inadequate and inadmissible behavior for a legislative member.

People are saying that his aggressive words and actions towards journalists had compromised him as a politician:

"Moldova's laws must be respected by the citizens and deputies too".

"No deputy has the right to break the journalist's rights".

"-The session ended. I invite you to leave, please.
-Mr. Nastase, what are you doing? We are already leaving, why are you pushing me away?"
-I'm not pushing you away, we've got another event".

Some got the opinion that Nastase's actions can be explained by his lack of education, manners and emotional instability:

"He is hoping all will go his way. he is as stubborn as a little child".

"He needs to retire. He doesn't know how to apologize".

"I don't think he would push them away if it was his television channel. It just demonstrates his lack of culture".

On the Press' Liberty Day, on May 3, media NGOs have included Andrei Nastase in the press enemies list by posting publicly his photoon a stand in the front of the Parliament. The decision was taken right after a press conference where he bullied and intimidated the Prime TV chief-editor, Ana Butnariuc.

"-Tell me please from which television are you?
-I am from Prime TV and...
-Tell me your name. What is your name?
-You know my name.
-Present yourself.
-Mrs. Sandu, can you answer me one more question?"

Subsequently, Andrei Nastase harshly criticized media NGOs for including him in the press enemies list.