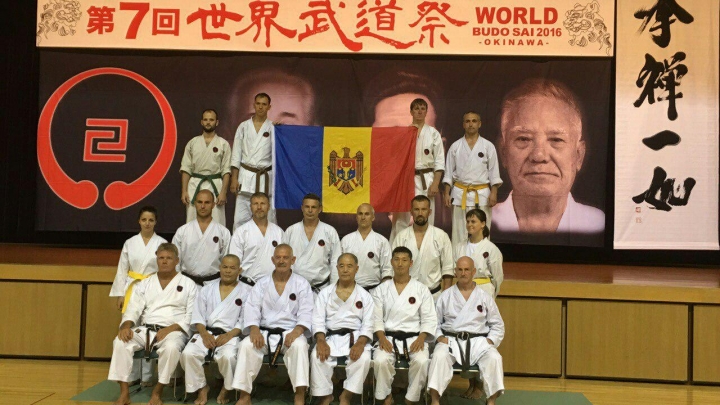 The Moldovan trainers have successfully represented Moldova at the biggest karate festival on the Japanese island of Okinawa.

Two of the members of the delegation impressed everyone through their techniques displayed in front of 1,100 attendants.

The Moldovan trainers also attended a seminar mastered by famous Morio Higaonna, who at the age of 77 is considered the most dangerous man in Japan.

Later, the 4 Moldovans passed the exam for the black belt.

At the Okinawa martial arts festival, Moldova was represented by 12 people. Budosai is held once in four years.